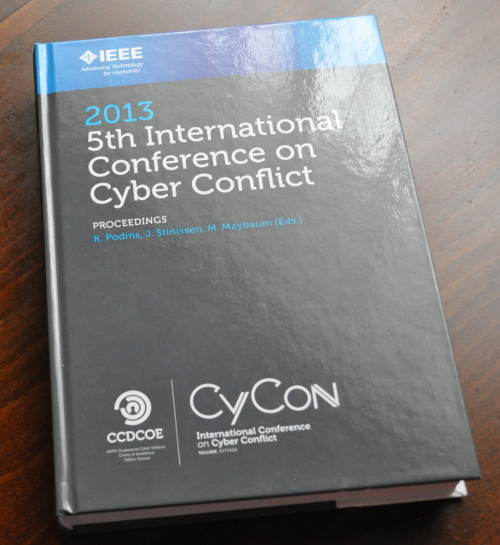 During the last CyCon conference, organized by the Cooperative Cyber Defence Center of Exellence in Tallinn, Estonia, I presented a paper titled “Autonomous Intelligent Agents in Cyber Offence”, exploring the concept of AIAs, a complete definition, taxonomy and scenarios of applications.  The paper also includes an overview of the legal implications of the use of Autonomous Agents and shows how they could fit into the legal context of warfare, both Jus ad Bellum and Jus in Bello or International Humanitarian Law. The conclusion of the study is that the use of AI technologies will be an important part of cyber offensive operations, from both the technological and the economical aspects; however, the legal and doctrinal landscape is still uncertain and proper frameworks are still to be developed.

The paper is published in the CyCon 2013 Proceedings (IEEE).

This paper was cited by the authors below:

You can download the paper  and the slides presented at CyCon 2013.