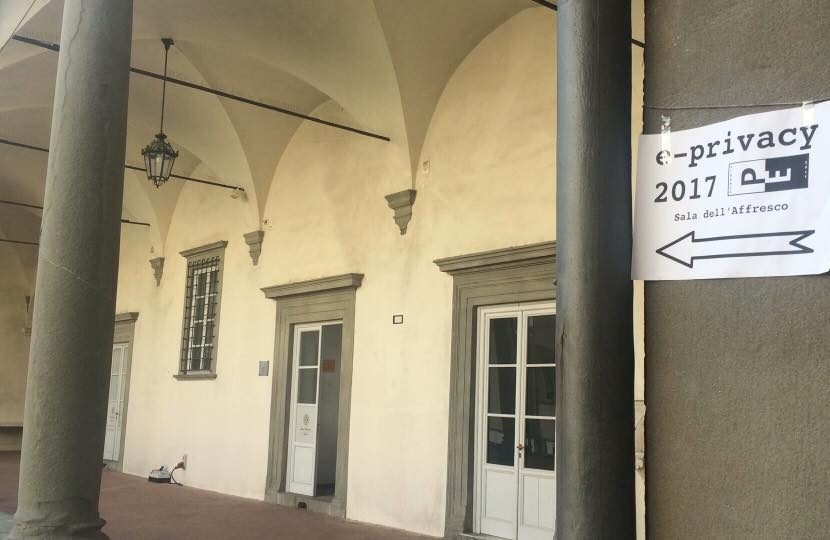 e-Privacy is a biannual conference organised in Italy on the themes of privacy, security and surveillance. On June 23 2017 I prented at e-Privacy XXI a talk that is part of an ongoing research on cyber sovereignty and the role of nation states in Internet governance and cyber conflict.

In his “Declaration of independence of cyberspace” of 1996, John Perry Barlow described the “net” – at the time just emerging from military and academic and opening itself to the public – as a new territory distinct from the “real” physical world and where complete freedom reigned. It invited governments, “tired giants of flesh and steel” to not mess with this new reality – “You have no sovereignty where we gather”. If a utopian manifesto of Internet as a tool of democratic sharing, it is this.

The tension in Internet governance between nation state sovereignty and total decentralized freedom informed the field in the last decades and originated innovative experiments in international relations as well. This presentation briefly recapped how governance of the net evolved, focusing on the recent strong trend that sees the resurgence of sovereign states after the “distraction” that followed the Internet explosion in the 1990s and the ideas embodied in the “Declaration of Independence”, in particular the idea of cyberspace as a “global common”. I described the means – technical, legal, political and propagandist – that states field to reach their goal. Even so-called “liberal democracies” nowadays are not so different from illiberal nations like Russia and China.

A widespread conception considers the “web giants”, so-called “over the top” like Google and Facebook, the main threat to Internet freedoms. In fact, the power of states and governments is and will always be much bigger.. Beware of the “ethical” motivations used to justify the limitations of civil liberties and freedoms in cyber, and of the boogeyman invoked to support invasive behaviors (terrorism, child pornography, cybercrime, tax cheating, and lately… “fake news”).